A pupil of Renato Guttuso, in his experience as a painter he moved from using oil colors to acrylic, moving away from his master’s style and seeking a personal style.

In 1985 he created Morbus Gravis, a comic book with a story mixing science fiction, eroticism and adventure, in which Druuna, his most famous character, was born created for the French monthly Charlie and serialized in Italy in the magazine L’Eternauta.

After the success of the first episode of Druuna the stories of the character follow up to our days. In October 2018 the last chapter of the saga, Venuta dal vento, published by Lo Scarabeo, was presented at Lucca Comics and Games.

The success of Serpieri’s works, and in particular of Druuna, goes beyond national borders and receives a great following internationally.

Sometimes Serpieri enjoys appearing as a character in his comics by willingly lending his face to lesser or even main characters, both in western comics and in the stories of Druuna, in which he plays Doc, a doctor committed to following the state of health of some characters inside a spaceship. 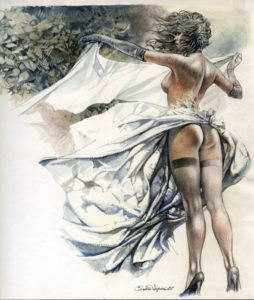 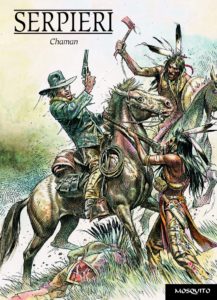 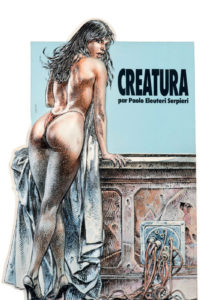 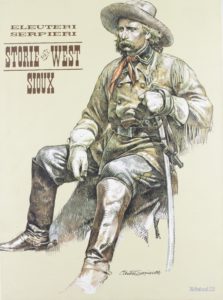 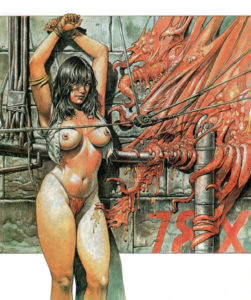 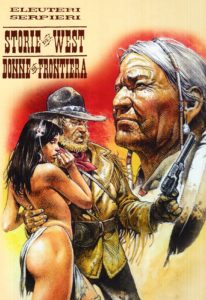 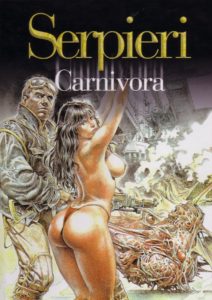