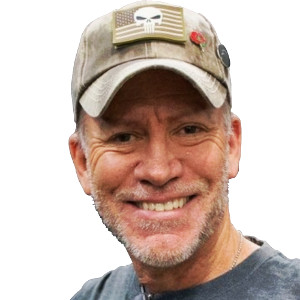 Born in the late 1950’s, Mark Raats was attracted to art at a young age, practicing his drawing skills by copying Hal Foster’s weekly comic strip – Prince Valiant. On completing his education, Raats was keen to pursue a career with Disney animation and in the very early 80’s he was attracted to the fledgling computer graphics industry – completing his first computer animated short film in December 1985.

The field of animation continued to play an important role in his creative career but in 2000 he was reintroduced to traditional art when he was asked to do a coloured pencil portrait of President Nelson Mandela – for the Nelson Mandela Children’s fund.

Mark Raats’ first official project for Lucasfilm and its licensees was done a little more than 25 years ago and in the time since, he has worked on Lucasfilm projects for clients such as Hasbro and Topps. He was contracted to create a teaser theatre poster for Indiana Jones and the Kingdom of the Crystal Skull, went on to do a 30th Anniversary poster for Return of the Jedi and he also created the official movie theatre poster for the IMAX and Blu-ray release of Raiders of the Lost Ark – amongst others.

For his private collection, George Lucas has purchased most of the original art Raats has created for the Star Wars and Indiana Jones franchises and most recently, Mr Lucas acquired the poster illustration created for an upcoming documentary on the life and legacy of Star Wars design legend, Ralph McQuarrie.

Mark Raats works from his studio in Perth, Western Australia 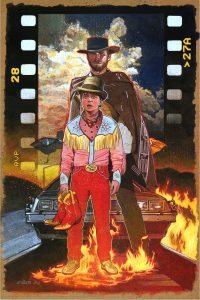 My name is Eastwood medium 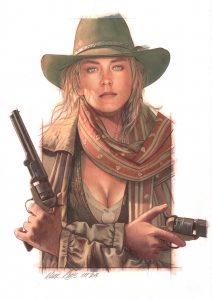