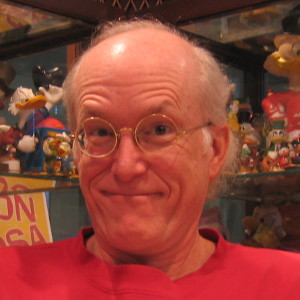 Well known in American comics fandom since the 1960’s for his vast comic book collection and comics fanzine activities, Rosa became internationally famous starting in 1987 when he began writing and drawing new stories based on his favorite classic comics — Carl Barks’ Uncle $crooge and Donald Duck. Soon he was working for various Disney-licensed publishers in Europe where Barks’ Duck comics continue to be the best selling comics as they once were in America. But American fans can also now see his entire Duck comics career reprinted in the new DON ROSA LIBRARY from Fantagraphics. 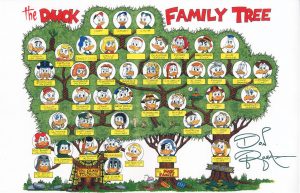 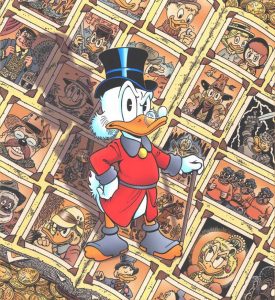 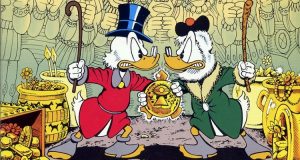 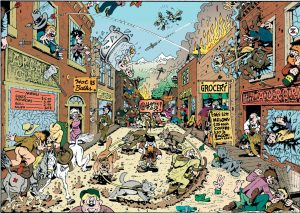